Every 3 months or so we get Henry's blood drawn and all his levels are perfect. He has also been officially discharged from the pulmonary department. (Woohoo!!!) His lung capacity is perfect and he shows no signs of having breathing problems at all. (At birth he had under developed lungs and was on a ventilator).

I wish I could pinpoint exactly what we are doing to delay the effects of ARPKD in Henry but at the end of the day I think it just comes down to luck. However I will share some things we do that hopefully makes a difference.

We make a point to take Henry's blood pressure at home so we can monitor where he is at. Our doctor believes that the best way to preserve Henry's kidneys is to take an aggressive approach to controlling his blood pressure. During Henry's first year when he was growing at an alarming rate we were constantly increasing his captopril dose in order to keep his blood pressure numbers under control.

We restrict Henry's salt intake. Until henry was about 18 months old we avoided processed food with added salt and never used salt in our cooking. As he has gotten older we have allowed him to be 'normal' and we are try not to be overly concerned with what he eats at friends/families homes or when we go out to eat. That being said I never use salt when cooking or baking and choose low sodium products whenever possible.

We have greatly decreased Henry's consumption of animal protein. It is proven that animal protein is taxing on the kidneys and although Henry is a growing boy and needs protein in his diet I have tried to only have one meal a day actually consist of animal protein. Since Henry is also lactose intolerant we replace cows milk with fortified almond milk and replace butter with a vegan substitute. We incorporate beans and veggies into henry's diet to make sure he is getting the protein he needs to grow and use fortified orange juice and almond milk to keep his calcium level up.

I would love to think that these three things listed above make a difference in how Henry's disease progresses but truthfully I have no idea. I do believe that knowledge is power though and I find the PKD website and magazine to be really helpful in giving me tips and advice on how to manage this disease.

And because an update isn't as fun without pictures here are some images of Henry's first time riding a scooter. 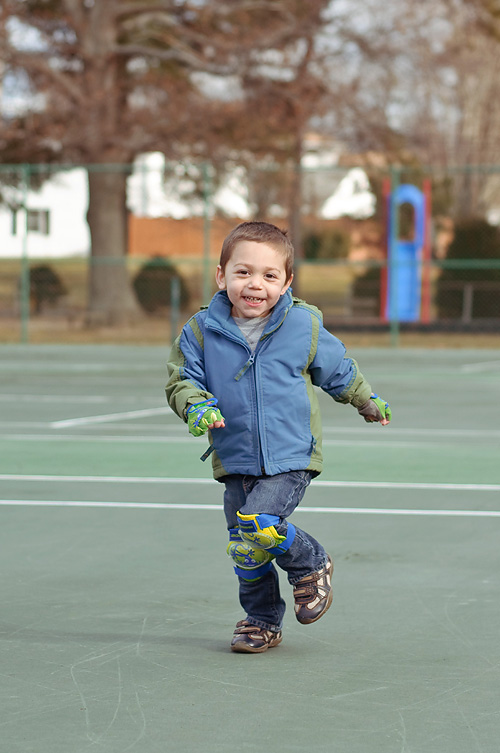 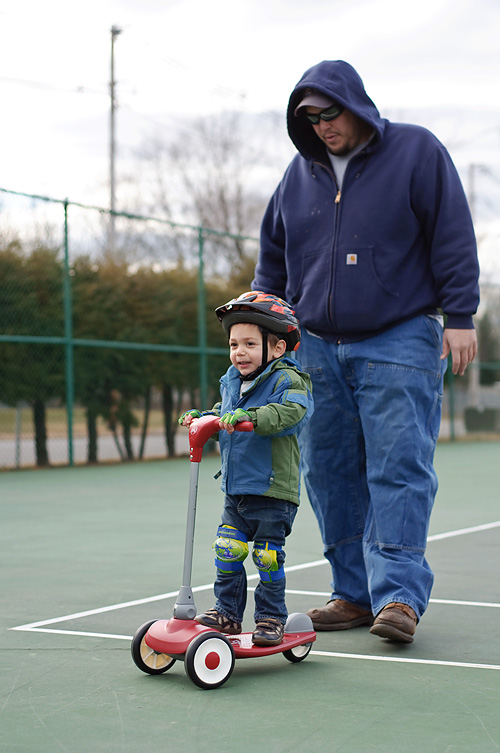 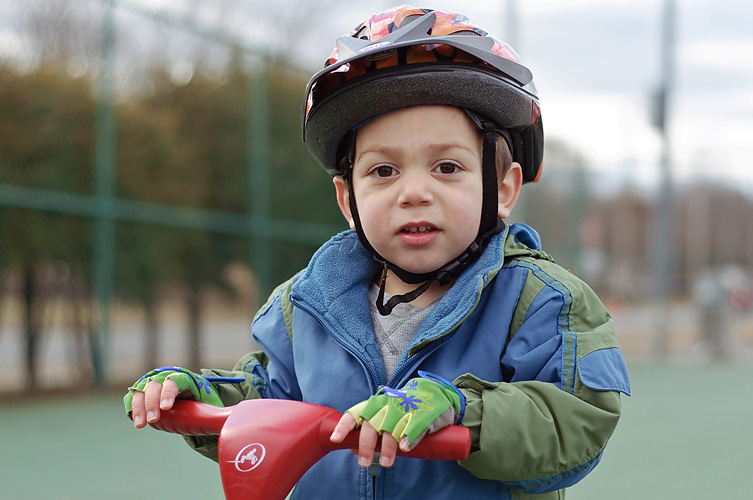